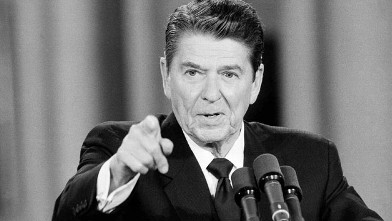 Last month marked 34 years since John Hinckley Jr was acquitted of ALL charges in connection with his 1981 attempted of assassination of President Ronald Reagan, finding him not guilty by reason of insanity.

In Hinckley’s case, both the prosecution and defense agreed that Hinckley was mentally ill at the time of the shooting, so the jury was tasked with determining whether his illness rose to the level insanity.

The insanity standard used by the jury in Hinckley’s trial required the defense to prove that he either lacked “substantial capacity” to appreciate the “criminality” of his conduct, or he failed to “conform” his conduct to the requirements of law.

At the time of the verdict, there was an enormous public outcry, with one poll reporting that 76% of people thought “justice was not done.”

As a result, Congress and 38 states made major reforms of laws governing the use of the insanity defense with four states eliminating the defense all together.

During the late 1990s, Hinckley’s attorney began arguing that Hinckley’s mental illness was in remission.   By 2003, the court and the mental health professionals agreed Hinckley was in remission for over 20 years and the federal judge ruled that he no longer posed a serious danger to himself or others, granting him permissions to have unsupervised visits with his parents. Since 2013, he has been allowed to spend 17 days of every month at his mother’s home.

And just last month, the judge granted Hinckley, now 61 years old, permission to leave the mental hospital where he’s lived since 1982 after determining Hinckley has exhibited NO symptoms of mental illness or violent behavior since his 1983 suicide attempt.

Hinckley will live with his mother so long as he abides by certain conditions, namely, staying away from  any areas where the current president or members of Congress are present.

What do YOU think? Should someone who attempts to assassinate a president ever be released ?  Let me know by commenting on Twitter (@LisWiehl) or Facebook (www.facebook.com/liswiehl).

The Third Wiehl is where Lis shares some of her thoughts on the day’s news or anything else that grabs her interest. Check out more Third Wiehl posts on Facebook. You can also follow her podcast, Wiehl of Justice, on FoxNews Radio.