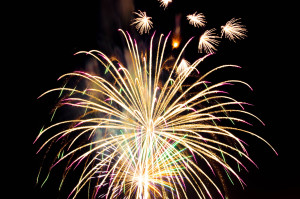 We’re all guilty of it: making diet and fitness-oriented New Year’s resolutions and abandoning them by Valentine’s Day, when chocolates call our name. But now is the time to decide what your resolution will be. Maybe it’s less sugar or more exercise. Or, perhaps you’re looking for something of the yoga variety. If that’s the case, consider the following Court of Appeals lawsuit that will ensure plenty of 2016 hot-yoga offers in yoga studios near you.

“Bikram” Yoga is characterized by a specific series of postures and breathing techniques and is performed in a room heated to approximately 105 degrees Fahrenheit. This may sound like torture, but it’s oddly exhilarating. And the toasty nature of it isn’t so bad. Especially in the winter months.

If this is the fitness routine you choose, you won’t be alone. In fact, Yoga Journal conducted a study in 2012 indicating that 8.7 percent of adults in the United States practice yoga. That amounts to roughly 20.4 million people!

But a court wasn’t having it.

Recently, the Ninth Circuit of the United States Court of Appeals issued an opinion on the copyrightability of Bikram Yoga. The court found that Choudhury couldn’t copyright a yoga sequence because it is “an idea itself” and not an expression or manifestation of ideas. Copyright law only protects the description of a process and the protection is not extended to process itself.

The sequence was also disqualified by the court as a compilation of ideas, limiting its intellectual property protection to copyright on literature and trademarks on phrases, logos, etc.

In her twenty-three page opinion, Judge Warlaw explains that our day-to-day lives consist of “many routinized physical movements from brushing one’s teeth to pushing a lawnmower to shaking a Polaroid picture.” And she noted that extending copyright protection to movements of such a nature would be too much of, well, a stretch.

So go forth and sweat it out, if that’s your New Year’s poison!